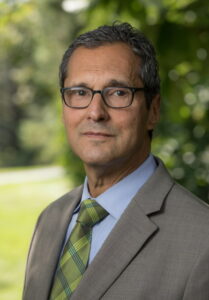 Monthly meetings are always free of charge. CE certificates are $10 for non-members.

Psychoanalysis is a uniquely powerful theory for working with historically marginalized groups and people of color. Its singular emphasis on understanding subjectivity and its increased understanding on how culture and context shape experience, provide unparalleled tools for engaging the lives of those previously excluded from our work. In addition, increasing numbers of psychoanalysts are taking their skills beyond the consulting room and into communities. The voices from El Barrio exemplify this movement within psychoanalysis.

A native of Mexico City, Ricardo Ainslie uses books, documentary films, and photographic exhibits to capture and depict subjects of social and cultural interest. He holds the M.K. Hage Centennial Professorship in Education at the

University of Texas at Austin, is the director of the LLILAS-Benson Mexico Center, and Director for Research and

Education for AMPATH Mexico at Dell Medical School. Heis a Guggenheim Fellow and has also been the recipient of

numerous other honors and awards, including the APA Division 39 Science Award and the National Multicultural Conference and Summit’s Lifetime Achievement Community Engagement Award.

David Ramirez was born and raised in San Antonio, Texas, where he was educated by nuns at St. Mary Magdalen’s School. He attended Thomas Edison high school and San Antonio College, then completed his undergraduate degree in Psychology at U.T. Austin, where he had moved to pursue a measured counter-culture lifestyle. He earned his doctorate at the Counseling Psychology Training Program, University of Texas at Austin, including an internship at Philadelphia’s Temple University School of Medicine, Department of Psychiatry followed by post graduate psychoanalytic training at the Philadelphia School of Psychoanalysis, completed in 1991.

In each of these settings, local and national, he advocated for the expansion of the membership criteria of the organizations to allow non-psychologists as fully vested members, an advocacy that was based philosophically in recognition of the importance of diversity and the necessity to share power in order to effect change. David became a member of the Multicultural Concerns Committee in the mid-1990’s benefitting from the tutelage of Dolores Morris as that committee took a leadership position in representing the Division’s interests at several successive meetings of the APA’s biennial National Multicultural Conference and Summit.

David’s initiatives while president included promoting increased awareness of cultural and social diversity issues in regard to psychoanalytic psychology, publicizing Division 39 members’ outreach initiatives, addressing the professional development needs of early career psychoanalytically oriented professionals and aspiring academics, and generally trying to make Division 39 a comfortable organizational home for anyone inclined to think of their professional identity as encompassing the psychoanalytic attitude. He also made a big deal about the need to have fun and have a dance as part of the organization’s annual spring meetings.

2) Understand the importance of working psychoanalytically beyond the consulting room.

Altman, N. (2010) The Analyst in the Inner City: Race, Class and Culture Through a Psychoanalytic Lens. New York & London:Routledge.

CONTINUING EDUCATION: Division 39 is approved by the American Psychological Association to sponsor continuing education for psychologists. Division 39 maintains responsibility for this program and its content.  Austin Psychoanalytic is approved by the Texas State Board of Social Workers Examiners (Provider # 5501) to provide continuing education for social workers and the Texas State Board of Examiners of Marriage and Family Therapists (Provider #1138). We also meet the requirements to provide continuing education for the Texas State Board of Examiners of Professional Counselors. This program, when attended in its entirety, is available for 1.5 continuing education credits. Division 39 is committed to accessibility and non-discrimination in its continuing education activities. Division 39 is also committed to conducting all activities in conformity with the American Psychological Association’s Ethical Principles for Psychologists. Participants are asked to be aware of the need for privacy and confidentiality throughout the program. If program content becomes stressful, participants are encouraged to process these feelings during discussion periods. If participants have special needs, we will attempt to accommodate them. Please address questions, concerns and any complaints to info@austinpsychoanalytic.org. There is no commercial support for this program nor are there any relationships between the CE Sponsor, presenting organization, presenter, program content, research, grants, or other funding that could reasonably be construed as conflicts of interest. Participants will be informed of the utility/validity of the content/approach discussed (including the basis for the statements about validity/utility), as well as the limitations of the approach and most common (and severe) risks, if any, associated with the program’s content.

February Monthly Meeting – Ambivalence about the Other: Racism and Xenophobia with Stephanie Swales, PhD